Canadian Citizens and Permanent Residents are eligible to apply to sponsor their parents and grandparents for immigration to Canada, but a limited number of applicants are selected each year.  If you are not among those selected, it’s common to feel that the process is unfair.  This article takes a quick look at the history of the program and examines the factors that IRCC is balancing in their quest for a parental sponsorship program that is accessible and fair to everyone.

The recent, brief, opening of the parental sponsorship program for Canada resulted in a lot of disappointment among those Canadian citizens and Permanent Residents who were hoping to bring their parents or grandparents to live with them in Canada.

On January 28, 2019, Immigration, Refugees and Citizenship Canada opened the Parent and Grandparent sponsorship program for 2019.  The department committed to accepting 20,000 sponsorship applications for 2019 and set up a webform as a mechanism to deal with the overwhelming demand that is typical of the program.  Interested parties who wanted to sponsor parents or grandparents were instructed to complete the webform with some basic information in order to register their place in the sponsorship queue.  The demand for the program was so high that the form was open online for between 4-6 minutes; after which it was no longer possible to register your information.  During that brief window, 27,000 submissions were accepted, and in the weeks ahead, IRCC will be sending invitations to the first 20,500 who were successful in submitting their details.  Only those who receive an invitation will be able to sponsor their parents or grandparents for Permanent Residence.

Understandably, there were many who were disappointed that their keyboarding skills or internet connection was not fast enough to make the cut for sponsorship this year.  Many have called for changes to the program to make it “more fair.”  Of course, a Canadian process needs to be fair.  But the question remains, when demand for a program so greatly outstrips supply, what sort of arrangement will be able to satisfy everyone?

History of the Canadian Parent and Grandparent Sponsorship Program

The online webform was IRCC’s latest attempt at creating fairness within a program that consistently has a higher demand than available capacity. In 2018, the IRCC used an online system whereby users had a month to register their details online and then a random lottery was used to draw out the specified number of applicants to process. This system was criticized as being unfair because the random lottery style meant that no preference was given to parents or grandparents who were needed to care for young children, who were already in Canada as visitors, and no distinction was made between those who have been waiting ten years to sponsor versus those who have been waiting ten days.

Prior to the various online methods, the process was first come, first served, with the first paper applications received to the processing office each year accepted for processing. This system was also criticized because applicants had to go through the time and expense of preparing a complete application without any assurance it would actually be accepted; and because those who could afford the specialized courier services or who could pay a representative to stand in line all night were perceived as having an advantage.

Before the first come, first served paper application process, the department accepted any applications that were submitted, and the result was a 7-8 year processing time because the volume of applications were so high. This process was deemed untenable because families with young children would no longer need help with childcare by the time their parents were approved to immigrate, many parents or grandparents developed medical conditions that made them inadmissible during the lengthy processing, or in some cases the applicant passed away altogether. Timeliness is important when you are dealing with applicants who can be advanced in age, and the department began looking for ways to limit intake in order to speed up processing times. The result has been the recent forays into online intake systems.

Fairness is a difficult concept to balance

The reality is that it would be very difficult to implement a process that is fair to everyone.  The numbers of parents and grandparents who want to move to Canada are simply far higher than Canada can accommodate.  Our government has set a limit for intake each year that is based upon maintaining a reasonably fast overall processing time, and based upon the impact to Canadian society of integrating older individuals who have not paid taxes during their working years but who are now at the stage in life where they will likely make a greater use of our free healthcare system.  The fairness that is inherent in the current, limited intake system is multi-faceted:

It’s incredibly difficult to live on the other side of the world from the people who are most important to you and the best-case scenario is one in which families are able to remain together.  In the case of Parent and Grandparent sponsorship, as with life in general, what is best for one side of the equation is not always what is best for the other side. Balancing the needs of individual families with the needs of Canada as a whole is a delicate computation, and I’m glad I’m not the one who is making the decisions.

An announcement about the Parent/Grandparent Sponsorship program for 2020 will likely be made towards the end of 2019.  Stay tuned to see what the next evolution of this program will look like.

The Way Immigration regularly works with Parent and Grandparent sponsorship applications. We would be pleased to assist you with understanding your best options to have your parents or grandparents join you in Canada.

Work With The Way Immigration
Return To Blog 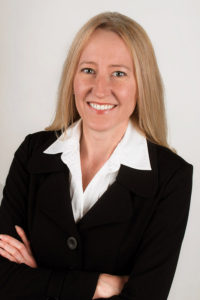 Are You Ready To Find The Way To Successful Immigration?

It all starts with a one-on-one consultation with a Canadian immigration expert. 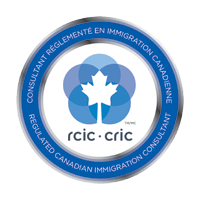 How Can We Help You?

As a result of my own experience, I take great care with all of my client files.  I want each of my clients to have as little stress as possible during their immigration to Canada.  It should be an exciting time!

I work hard to stay at the top of my industry, so that my clients are well taken care of.  I specialize in helping Canadian companies to bring workers to Canada, and then helping those workers transition to Permanent Residence – but I am competent to handle most types of Canadian immigration applications.

I will be happy to help you on your journey to Canada!

I came to Canada from Mexico as an International Student, fell in love, and then achieved Permanent Residence when my Canadian husband sponsored me.

I worked as a lawyer in Mexico, so the legal aspect of Canadian immigration is a natural skill set for me. I obtained my license to practice Canadian Immigration, because I wanted to help others successfully immigrate to Canada. I enjoy the challenge of managing the legal side of each file, while getting to know each of my clients on a personal level.

I will do my best to ensure that your family is able to be together in Canada, as quickly as possible. I understand how important that is.

I love my job. Canadian immigration is more complicated that it first appears, and my brain is happiest when I’m working to solve a difficult issue.

Everyday, I meet really interesting people from around the world and help them make choices that will benefit their entire family for generations to come.

Most people find the process of applying for immigration stressful. My goal is to provide my clients with all of the reassurance that they need to feel comfortable while they await the outcome of a nerve-wracking process. I answer every email, every phone call, every question along the way – and I celebrate every eventual success with my clients.

It’s always a great day at my office.

Due to COVID-19, we are meeting clients on a limited basis.