New Brunswick is one of four Atlantic provinces on Canada’s East Coast, and the most bilingual province in Canada.  New Brunswick is the least densely populated Atlantic province with 3 main cities and much of it’s terrain covered in rocky forest.   The climate is more extreme than other Atlantic regions. Much of New Brunswick’s economy is connected to government, construction & manufacturing, with a smaller focus on natural resources and tourism.   Agriculture in the region produces potatoes, apples, cranberries and maple syrup. The cost of living in New Brunswick is generally lower than other Provinces in Canada.

The New Brunswick PNP Program operates three streams through which it is possible to immigrate to New Brunswick.  You may be qualified in the following situations:

The New Brunswick Express Entry stream is for individuals who are eligible under the Federal Skilled Worker program, and have submitted an Expression of Interest to the NB PNP.

The New Brunswick entrepreneurial stream provides the opportunity to immigrate to experienced entrepreneurs who are ready to establish and operate a business while living in New Brunswick.  Applicants are assessed against a points grid to determine who will be invited to participate in this application stream.

The New Brunswick Skilled Worker with Employer Support stream is for individuals who are working in New Brunswick.

BOOK AN APPOINTMENT TO DISCUSS YOUR NEW BRUNSWICK NOMINEE PROGRAM 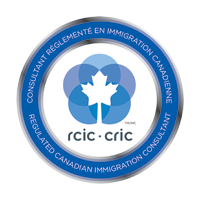